Impact Assessment and Measurement. A contribution to the Solution Stage “Measuring Social and Environmental Impacts for better Investor Decisions”

At the 8th International Conference on Sustainability and Responsibility on CSR issues, some presentations also dealt with investments and finance. While the CSR discourse focuses on the practice of companies and organisations, the Sustainable Finance discourse focuses on the practice of the financial industry. Sustainable Finance aims at redirecting financial flows as an important lever to encourage companies to adopt more sustainable business models and practices, but also to make the financial system as a whole more solid and sustainable. The Solution Stage “Measuring Social and Environmental Impacts for better Investor Decisions” was based on this connection between capital and entrepreneurial practice.

Most interesting for me were the reports of two natural scientists on their projects to develop indicators for the effects of investments from the point of view of sustainability. The aim is to determine central correlations between certain business models on the one hand and their effects on the environment and social welfare on the other.

Vanesa R. Osuna is an expert in Water Technologies. She is Project Director at sequa gGmbh (Bonn) and Scientist at CUNY Advanced Science Research Center (New York). She has led the development of a methodology for measuring social and ecological impacts of global equities associated with water.

Jack Spengler is an expert especially in the area of air pollution health effects. He founded the Harvard Green Campus Initiative in 2000 and is, beside other roles, Professor at the Department of Environmental Health, Harvard T.H. Chan School of Public Health. His field of research includes the correlation between certain key figures of air pollution and key figures of health.

At the request of the large Dutch pension fund PGGM, UBS has set up a multi-year project to investigate the impact of its investments, in particular the following correlations: The link between investments in specific stocks and effects on water supply and quality, on health, on climate change and on food security. Vanesa R. Osuna and Jack Spengler are part of the project team along with a number of other scientists. Until the end of the project, the concrete findings will be exclusively available to UBS. However, the scientific findings can then be published in full. This was confirmed to me upon request. The framework of the research can be read in a first publication: “Scientifically asses impacts of sustainable investments“.

What is particularly exciting is that once these correlations have been scientifically researched and have become quantifiable, they can help investors and policymakers to make better decisions and to better enforce them.

From the perspective of Sustainable Finance, however, the contributions of the representatives of the major banks UBS and SEB somehow remain stuck in the common sense. On a CSR conference I would have expected more depth and more visionary ideas to transform the financial and real business.

The importance of ESG criteria (ESG = Environment, Social, Governance) for the management of investments, as well as a new set of risk indicators against the backdrop of climate change, overpopulation and other pressing environmental issues, is highlighted. The SDGs (=Sustainable Development Goals of the UN), with which concrete future issues are set on the agenda on the basis of an international consensus, are mentioned several times. Several times both point out that the effects of investments should be measurable, because this would then be tangible and convincing. Theo Clement, UBS, in particular highlights the topic of impact investment as a new paradigm. Finally, it was made clear that the investment world is in transition, a movement that is still in its infancy, but which nevertheless already unfolds a certain power.

These points are undoubtedly all important. In the following I will list some of the missing issues and questions that are important in the discourse on Sustainable Finance and on CSR.

Question about the observation level

First of all, the question of the observation level arises when very general connections are made between equity investments and climate, environmental, health and nutrition issues. Are only macrophenomena observed here or can concrete microphenomena also be recorded? Certainly, there are some key technologies that contribute decisively to improvements, such as solar or wind energy. Certainly, there are other measures with a broad impact, for example in the health sector. In such cases of broad e.g. (bio-)technological impact, the distinction between macro and micro becomes less important, even if it does not disappear.

On the basis of general correlations, however, it will often not be possible to draw the conclusion that an equity investment has a concrete impact, at least if the focus is also on concrete micro-effects on a local scale. Aiming at concrete investment impacts tends to become more difficult if business models cover many and thus heterogeneous regions of the world, and if they are diversified across many fields of activity.

What role can knowledge of such general correlations play? In many cases, it will be an important heuristic, but often not an instrument for predicting impacts, as representatives of the investment world several times have stated in this solution stage. As a social scientist, I myself was involved in a research project on the question of impacts and can only say, that we should not overestimate the insights of general correlations. In the light of impressive insights on the macrolevel important questions thus may get out of focus. I would say: Macro-perspectives should always remain founded in micro-perspectives – and vice versa.

The question of the size and diversification of enterprises

The question of the level of observation also includes the question of whether one wants to invest in smaller or larger companies. In addition to technical investment questions about liquidity, performance and volatility of certain stocks and bonds, this is also always an impact question. An impact description with focused business models is simple and often practiced today, without exact research of general correlations like the ones mentioned above. Focused business models are usually found in companies with medium and low market capitalization. However, when talking about big money and investing billions and trillions of dollars in equities and bonds of major international corporations, such overarching correlations between business practices and their effects on climate, nutrition, health and water become unevenly important for the orientation of investors and policy makers.

As I see it, it would be helpful if today’s discourse on impact investing were placed in the context of the traditional foundations of investing. However, this is rarely done. In particular, the common opposition to speculation is interesting. Speculation is characterized by looking away from the concrete investment object (companies, organizations, projects etc.) and looking to objects such as charts, annual performances, etc. The question of impact has always been the central question of an investor. Today, new topics are being added, especially the consideration of social and ecological impacts, which are listed in the SDGs. At the same time, it should be made clear that the focus on investment impacts inevitably means refraining from speculative practices. This is certainly less in the interest of major international banks that have fired this trend for decades and thus generated immense turnover. It would have been exciting to hear the position of a small ecologically oriented bank that was invited but couldn’t attend.

A CSR-oriented view of the economy could help here. Such a view is always directed at the real economy: companies, organisations, projects, etc. The much larger investment volumes, however, have been coming from the area of derivative investments for many years. These instruments are often used speculatively: Investors often do not even know and are often not interested on which real investments (companies, projects, organisations, states, etc.) their derivative strategies are based on. There is still a lot of work to be done for a cultural change in the investment world. This topic was practically not addressed and so no reference was made to the fact that the industry will hardly be able to achieve this turnaround on its own. Experience in other branches shows this. Tough structural measures such as the separation of energy generation and networks or the separation of management consulting and auditing will be necessary to limit this investment machinery. The frequent reference in the Solution Stage to institutional investors increasingly asking concrete questions about what they are investing in is certainly correct. But it is still a fraction compared to speculative investments.

Measurement or Assessment: More than just a question of wording

The rationalists of this world sometimes spread the illusion, if one expresses it cabarettistically, as if what has not been measured does not actually exist. Against the background of modern science, a one-sided emphasis on measurement is simply not state of the art in today’s methodology. When one speaks of assessment, the perspective is broader. Measurements offer certain data qualities. Descriptions help to determine at all what should be measured. And descriptions help where quantitative data are problematic, for example when dealing with individual cases.

The danger that the focus is placed too much on measurability while neglecting the concrete understanding of cause-effect relationships should actually no longer exist today. Impact assessments and evaluations show the way: the understanding of correlations and quantifications go hand in hand.

The danger of a quantitative narrowing of perspectives was also noticeable in this Solution Stage as in many other discussions. The representatives of the major banks in particular sometimes seemed to be strongly affected by the paradigm of measurability. Linear thinking was to be recognized here more than once. From the point of view of the representatives of the natural scientists, however, it was important not only to see statistical correlations, but also to understand and describe the effects of investments and entrepreneurial action.

One example of quantitative and qualitative perspectives being mutually dependent became clear in the discussion when a listener asked about the social impact of microfinance. Of course, every connoisseur of this scene has many statistics at hand, but also material to describe individual cases and to tell typical stories whose information content is not reflected in quantum data. Some of the speakers noted that a purely quantitative approach is not enough. 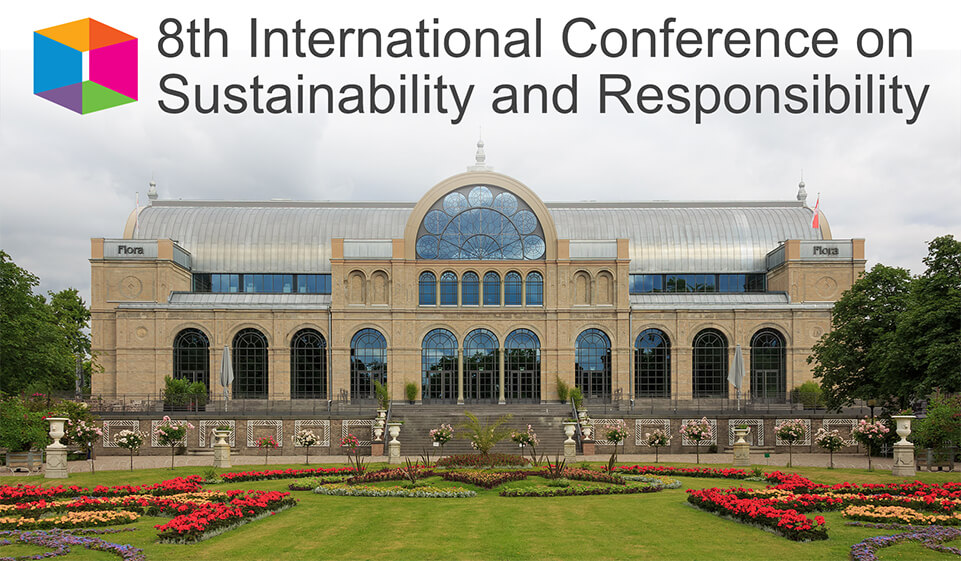